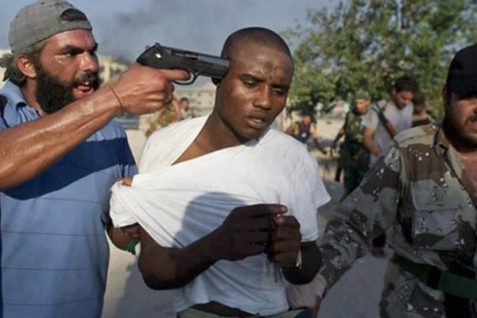 Six migrants were killed after shooting broke out by Libyan guards at an overcrowded Tripoli detention facility on Friday. Images show migrants boarding a bus after being detained by the local …