Nigerians holds candle night for those killed by SARS 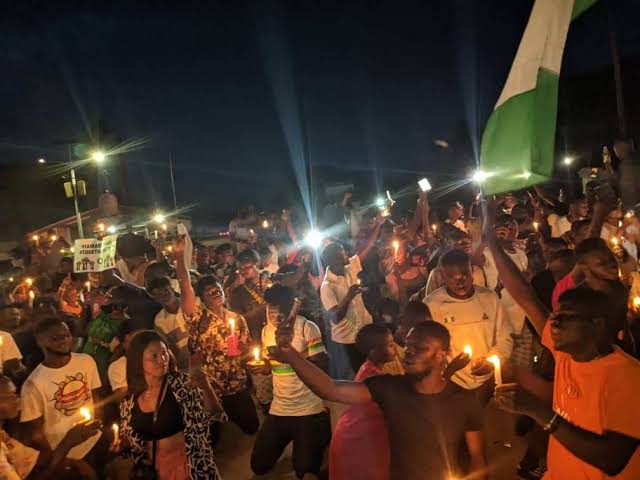