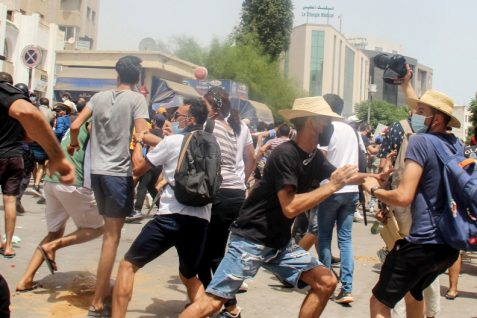 Thousands of Tunisian demonstrators have gathered in the capital on Sunday to protest against President Kais Saied’s “exceptional measures”. Government critics have described the latest measures as “a coup”. At the …