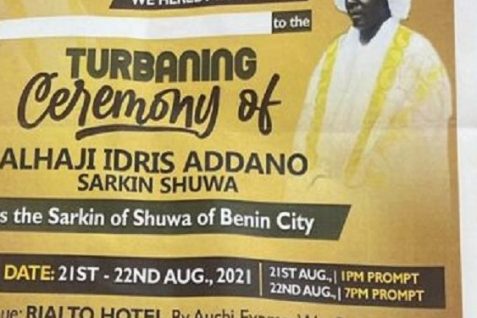 ‘Sultan’ in Edo is an ABOMINATION- govt

Edo State Government has condemned the planned coronation of Idriss Addano as the ‘Sultan of Shuwa Arab of Edo State’. It described the alleged move as sacrilegious and a threat to peace …